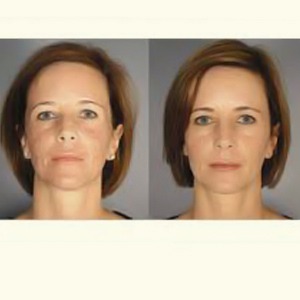 Lasers have evolved significantly over the past 30 years with substantial improvements in their efficacy and safety. Today lasers comprise the most effective non-invasive treatment option for almost every skin condition, ranging from hair removal to tattoo removal to skin resurfacing. Fractional CO2 lasers comprise the latest technology being used all over the world to help improve the appearance of skin. By reducing fine lines and wrinkles on the face, reversing sun damage. And by improving the texture, color, and complexion of the skin.

Fractional CO2 laser therapy uses the gold standard carbon dioxide lasers in a fractionated way. It will deliver powerful results without the horrendous side effects associated with traditional CO2 lasers. This technique works by using pulsating beams of laser light to cause tiny holes in the skin. The healing process boosts the natural collagen production in the treated areas, thereby improving the skin texture from the inside out. Laser beams work deep below the skin without damaging the epidermis (the outermost layer of skin), offering maximum results with minimal discomfort and recovery time.

Reasons Why Fractional CO2 Is the Best Option

Demand for Fractional CO2 lasers has increased tremendously in the last few years. Given below are three reasons why people and dermatologists prefer Fractional CO2 treatments over the traditional Carbon dioxide lasers and Dermabrasion.

Fractional CO2 lasers have been derived from carbon dioxide lasers. A time-tested, result-oriented technology that has been for long thought to be the gold standard for skin resurfacing and skin rejuvenation. CO2 lasers have been around for more than two decades and have proven their efficacy. Since Fractional CO2 lasers also use the same technology, there should not be any doubt about their effectiveness or result-oriented nature.

The new application technique used in Fractional CO2 laser skin resurfacing has significantly decreased the downtime as compared to the one associated with traditional carbon dioxide lasers. The latter used to work by removing the entire epidermis. Resulting in extended downtime of 8 to 10 weeks, accompanied by severe pain, crusting, and redness lasting for several months. Fractional CO2 lasers, on the other hand, remove only tiny sections of skin without damaging the surrounding skin. Since wounds are caused at a controlled rate, the skin repairs itself quickly, growing back in 7 to 10 days.

Can be used on most skin types:

Like any other laser treatment, traditional CO2 lasers were not recommended for people with darker complexions. Because they used to cause permanent loss of skin pigment, leading to hyper- or hypo-pigmentation on the treated areas. But fractional CO2 lasers can be safely used on almost every skin type and color.