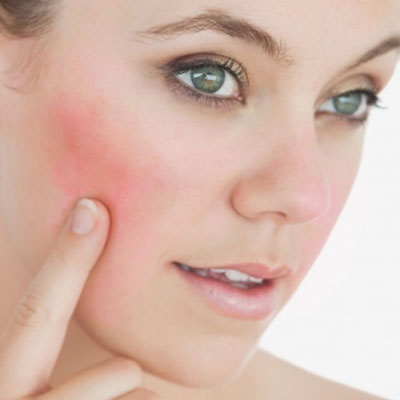 A person can be affected a number of conditions during a lifetime. Some of them are not very obvious and need little attention. However, there are others that may become very obvious and even be a defining part of one’s appearance. It is important to deal with such issues in a timely manner.Otherwise they can not only have a physical impact but also an emotional one.

One of the names on this list is that of Rosacea. Due to the similarities, Rosacea is often mixed up with acne and due attention is not given to it. It is a vascular problem by nature. Acne Rosacea can affect a person in different ways including causing flushing and redness on the skin, forming pustules on the skin similar to that in acne, cause severe eye irritation and causing a bulbous nose. Most people are typically affected by it after they have reached the age of thirty.

Rosacea is treatable in a lot of cases and it is important that you see a doctor in order to ensure that you get the right treatment. Laser treatment for rosacea has been found to be quite effective in many cases. We can learn more about it by digging in a little more.

How does laser work?

The laser treatment works by eliminating the root cause of the problem. The laser is set at specific wavelengths to ensure that the blood vessels that cause the issue absorb the energy. The skin tissue nearby remains largely unaffected. The laser makes the vessels collapse which are easily absorbed by the body.

In order to ensure that no pain is felt, topical anesthetics are applied prior to the treatment. The effects of the treatment can be seen soon after the first treatment. However, if you are looking to eradicate the problem completely, numerous sessions will be needed. The exact number of sessions needed can only be ascertained by your doctor.

Side effects and downtime

The side effects from the treatment are mostly limited to redness in the skin and some crusting as well. In rare cases, infections can also take place. For the most part, these issues subside on their own. There is no downtime after the treatment and with necessary caution, most of the routine works can be continued soon after the procedure has been completed. Rest, however, is recommended.

To learn more about rosacea treatments or to schedule a procedure, visit us at Laser Skin Care. Alternatively, you can also sign up for a free online consultationsimply by filling in the form given below.