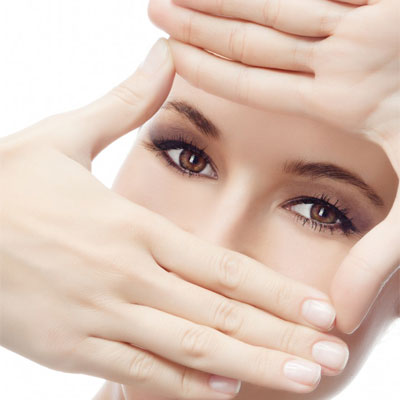 Under eye dark circles, or what I normally refer to as “Panda Eyes”, is a skin issue that we all hate. Although pandas look very cute and cuddly with their dark eye circles, actually black in this case, on humans these circles make us look like we haven’t slept in a decade or so, or as if we are just tired of being tired and there is nothing we can do about it.

These dark eye circles, which is basically a discoloration of the skin around your eyes, is caused by a number of factors, which include lack of sleep, dietary restraints, allergies, genetics, dry skin, aging, mental or physical stress and spending long hours in front of the computer.

Although dark circles are not a serious disease or ailment, they can make you look sickly, tired, angry or just too old for your age. Sometimes you might consider taking a rest, even a lot more sleep, but it might not work; depending on why you have them in the first place. This is why we are always advising our patients to find out what is causing the panda eyes before choosing a treatment regimen.

As long as your Under Eye Dark Circles are not caused by allergies, which you can take an antihistamine to correct, at Laser Skin Care, we have a combination of treatments that work wonders, but only if you follow what Dr Lola Ali Muhammad tells you.

According to the good Doctor, Vascular Laser and Fractional laser work wonders on dark circles. But how do they do the job?

Now, when it comes to other causes of your dark circles, fractional laser is used to resurface the dark skin causing the panda eyes by increasing collagen regeneration in this area, which decreases the pigmentation issues and increases the overall appearance of the skin.

At Laser Skin Care, Dr Lola combines these two treatments, so as to get the ultimate results. By combining both, either cause of your under eye circles is taken care of at the same time.

According to Dr Lola, in order to see the dark circles disappear completely, you need to have at least three to four sessions of this combined laser treatment for dark circles. On the other hand, it depends on how severe your dark circles are, and how long you’ve had them.

To celebrate Mother’s Day and say a big thank you to all the mothers out there, we are giving a special offer on this particular treatment. All you have to do is purchase two sessions of this treatment for AED 2000 per session, and we will give you the third session for free. Dr Lola assures that 3 sessions are enough for one to see a significant difference on the dark circles, if not 100% elimination. But like we said, it all depends on the severity of your dark circles.