Difference between acne and rosacea, which treatment is best

Home Acne Rosacea Difference between acne and rosacea, which treatment is best 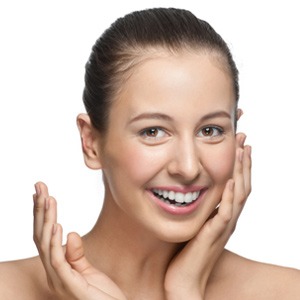 Acne and rosacea are two of the most common skin conditions that are often confused. Accurate diagnosis is really important when it comes to treating these two dermatological conditions, especially where antibiotics are involved.

Antibiotic resistance is a growing concern all over the world, therefore it is very important to diagnose rosacea in its early stages and treat it properly right from the start. Acne and rosacea share common features, e.g. rosacea may include pimples and bumps similar to acne but they are clinically and biochemically two distinct dermatological conditions. There is no clear cut diagnostic criterion for rosacea; instead the distinction between acne and rosacea Treatment is based on anthology of several broad generalities.

The basic difference between the two is that the latter is a chronic disorder that generally starts in the central portion of the face. Noticeable features of rosacea are pimples and bumps, accompanied by redness, flushing and blushing. Unlike acne, rosacea can also affect eyes of an individual and may even lead to a bulbous nose.

Another major difference between these two dermatological conditions is that acne is mostly seen in puberty and young adulthood, while rosacea affects people of ages 30 years and above. The latter begins with flushing and blushing and lasts much longer than normal.

Affected areas of the body also play a vital role in determining whether it is acne or rosacea. Acne does occur on the trunk and arms, whereas rosacea does not affect these areas. Also, unlike rosacea patients, people with acne do have black heads, typically on their nose and chin.

Causes of acne and rosacea  are also different. The former is a product of many factors including hormonal imbalance, abrupt stimulation sebum producing glands, hair follicles and bacteria. Rosacea, on the other hand, is in inflammatory skin condition that has recently been linked to a dysfunction of natural immune system of the body.

Since bacteria play their role in an acne breakout, it is generally treated with medications designed for antibacterial effects. However, using the same medications for rosacea may lead to antibiotic resistance. Rosacea being dysfunction of the immune system must be treated with anti-inflammatory medications.

Unnecessary use of antibiotics in rosacea patients may allow the problem-causing bacteria to evolve and survive exposure to these medicines, consequently leading to health conditions and infections that are difficult to treat. This is known as antibiotic resistance, one of the world’s most grave public health threats. Therefore, distinguishing between rosacea and acne is of great importance when it comes to effectively treating these two most widespread dermatological conditions.

The Meaning of EID   What does EID mean to you? How do you celebrate EID? Do you like to meet friends and family members on EID d...
Read More

A Look into Acne Rosacea Confusion

Skin is the outer protective layer of the body that bears the brunt of pollution and extremities of the weather while protecting t...
Read More
Offers Contact Us