How Painful is Laser Procedure for Tattoo Removal? 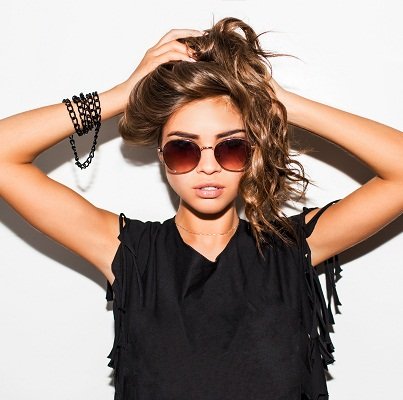 Tattoos were considered as one of the most problematic procedures as there was no remedy for a bad tattoo available. Back in the day’s bad tattoos were removed either by replacing another tattoo over it or by burning the skin in order to burn the tattoo ink to achieve removal of the tattoo.

Other methods to remove tattoos were as painful as skin burning and once you got the tattoo, it was almost impossible to get it removed and that was the major reason why war prisoners were tattooed and slaves were also tattooed to be marked as property, forever.

Even till the end of 20th century, procedures like salt scrubbing were used to get the tattoo removed from the body but thanks to latest advancements in field of cosmetic treatments, you can easily get rid of a bad tattoo by undergoing a simple procedure that involves applying laser on the inked area and the laser rays can remove the tattoos in a matter of minutes. The healed area appears natural after some time and no traces of the tattoo or tattoo removal can be seen after post-procedure visits from the dermatologist. The laser tattoo removal in Dubai treatment is done at Laser Skin Care Clinic, Dubai and is one of the best available in the market.

The laser has been used by the dermatologist to cure almost every kind of cosmetic problem and it allows the patient to get rid of their cosmetic conditions without any invasion because Laser can be easily set to any required frequency to treat the skin surface without causing any penetration in the body.

The laser Tattoo removal in Dubai is being extensively used by the dermatologist to gain better and fasts results without causing any problem in the body.

The laser tattoo removal in Dubai works by the following procedure;

How Painful is It?

As compared to traditional removal methods of the tattoos, the laser tattoo removal in Dubai is considered an easy and non-invasive procedure. It is not painful at all and only pain that is felt during or after the treatment is of rubber band hitting the surface of the body. However, it is must to undergo the tattoo removal under the supervision of a qualified dermatologist or you may feel burning in the skin. If laser tattoo removal is done at Laser Skin Care Clinic Dubai then it can return better and safer results to the patient. The laser treatment is also successful for other treatment procedures as well.

One of the best procedures that allow the patient to get rid of tattoos without causing any pain is the laser tattoo removal in Dubai but it can be problematic if proper care isn’t taken during and after the procedure. That’s why it is advised to undergo the laser tattoo removal from Laser Skin Care Clinic to get the best treatment from the board certified plastic surgeon in Dubai, Abu Dhabi, and Sharjah.

The permanent tattoos can be removed using different techniques. This blog post discusses the top most effective techniques for Ta...
Read More

Tattoos are cool and we love to have different body designs. It is not necessary to keep the tattoo forever. It is fine if you hav...
Read More

How Many Laser Tattoo Removal Sessions for Black Ink?

One of the most famous questions about laser tattoo removal is How Many Laser Tattoo Removal Sessions for Black Ink? In this blog...
Read More
Offers Contact Us