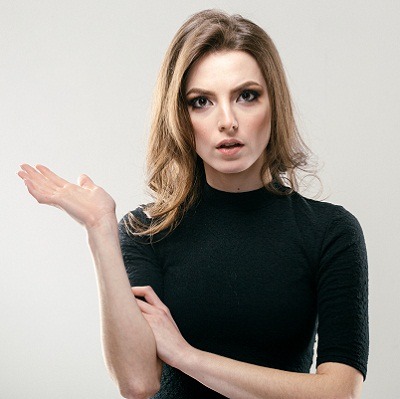 Ocular Rosacea is a subtype of Rosacea in which the eyes undergo severe burning, redness, itching and sometimes swelling too. Ocular Rosacea can be the triggering factor for facial Rosacea and is found among people between 28 – 55 age. This condition can cause blurred vision, sensitivity to light and redness inside the eyes. Ocular Rosacea should be treated immediately by consulting the nearest skin specialists.

Also known as Rhinophyma in some places, the phymatous rosacea is one of the most concerning rosacea conditions today. It directly affects the nose and causes redness in the face and may also lead to the formation of red bumps leading to acne. It is severe skin condition and requires proper treatment under the supervision of a dermatologist to cure itself.

This treatment is characterized by the redness in the facial area with bumps and pimples surrounding the cheeks and surface of the infection. It is considered as most commonly diagnosed form of Rosacea in Middle Eastern countries. The patient is required to undergo the consultation from the dermatologist before treating this kind of Rosacea.

It is the kind of Rosacea that is caused by deformities in the nervous system. It is characterized by redness, swelling and problems in the central part of the face. It is known as the sub-type 1 of Rosacea and is commonly found. This type can only be treated with the help of non-invasive procedures. This type of Rosacea can easily lead to the formation of other types of Rosacea.

The above mentioned Rosacea types can only be dealt with under supervision of a qualified dermatologist/cosmetologist as any wrong application can lead to further cosmetic conditions and severe health problems. There are several Rosacea treatments available in Dubai that can easily remove the tumor forever without causing any problem in the body and without any downtime. The most common form of Rosacea treatment that is hailed by the dermatologist/cosmetologist everywhere in the world is Laser treatment and IPL treatment. Both of the treatments are available at Laser Skin Care Clinic, and they allow the patient to get rid of Rosacea in Dubai completely within a couple of treatments. Laser treatment has the downside that it cannot be applied on the dark skin surfaces and for that IPL treatment is suggested by the dermatologist/cosmetologists in Dubai but other than that, you can get rid of Rosacea with laser treatment with superior results.

The laser is considered as an ideal treatment for both cosmetic and health conditions due to its non-invasive and non-surgical effects. It can be easily applied anywhere in the body and allows the patient to get rid of problems without any downtime. The treatment is done under the supervision of a qualified dermatologist who examines your body and skin sensitivity before applying the treatment. The treatment works in following way

Fill out our form below if you have any queries about the Rosacea and get the free consultation on Rosacea treatment in Dubai, Abu Dhabi and Sharjah.

Rosacea is a condition in which the face appears blushed because of dense clusters of blood vessels, acne and pimples. The most pr...
Read More

Rosacea treatment is a practical option

Rosacea is a skin condition that people often mistake for acne and therefore do not pay much attention too. It has some similariti...
Read More
Offers Contact Us