Shape Up – Look Attractive with Liposuction in Dubai 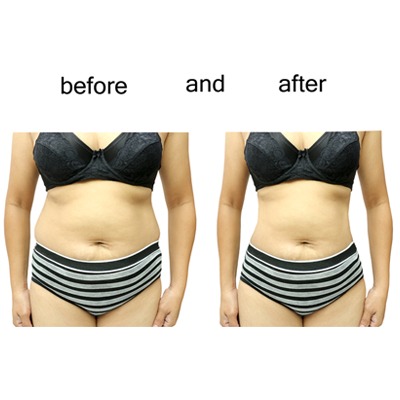 Standards of beauty vary from person to person. For some a thin, slim body looks beautiful while for others flesh on bones looks good. But one thing is common among all and that is, “nobody wants to have pounds of fat attached with bones”. If you are also fed up of the extra pounds that have refused to respond to diet, exercise and all other slimming techniques then Laser Liposuction in Dubai may be worth considering.

What is Laser Liposuction?

It is a laser guided fat melting procedure in which heat from laser light is used to painlessly melt localized fat deposits underneath the skin. Once the fat has been melted, it is either sucked out of the body using a small liposuction cannula or it is left up to the body’s immune system to absorb the liquefied fat and excrete it out.

Laser liposuction can be performed on any area of the body where there are localized fat deposits that do not respond to diet and exercise. The mechanism for laser fat reduction with liposuction differs from the way fat is removed with traditional liposuction. Laser Liposuction, also known as smart lipo, is equally effective as traditional liposuction, but the former is significantly a more comfortable procedure during and post operatively. An added benefit of laser liposuction in Dubai is that you also achieve noticeable skin tightening in the treated areas.

The laser technology used for liposuction consists of two different wavelengths of energy. One wavelength is specifically designed to target fat cells in the treatment area, whereas the other wavelength is specific for tightening existing collagen and stimulating new collagen production. This dual wavelength laser will simultaneously melt fat and tighten collagen to make the treated skin appear smooth and taut.

Following smart lipo, you will be asked to wear compression garment for a couple of weeks in order to maintain the shape of treated area. Besides, these body tight garments also help prevent accumulation of blood and fluids in the areas from where fat has been removed. Commonly treated areas with Liposuction in Dubai include:

You can see results of the procedure immediately after the treatment but full results are generally obtained after 6-8 weeks.

Why Laser Liposuction is better option than traditional liposuction?

While traditional fat removal procedure is performed under general anesthesia, laser-assisted liposuction performed with local anesthesia. This greatly reduces any anesthesia-related risks and also minimizes post procedural downtime. The patient can go back home immediately after the procedure.

Laser liposuction does not involve cutting or stitching of the skin. Fat is melted using a thin laser-tipped fiber and the liquefied fat is either left for the immune system to work on, or is sucked out of the treated area using small liposuction cannulas. Traditional liposuction, on the other hand, is a major surgery performed under general anesthesia.

Since Smart-Lipo does not involve cutting and stitching, the blood loss is also minimal and the recovery is also quick. Another reason for reduced bleeding in case of laser assisted lipo is that the laser beams coagulate the underlying blood vessels.

If you wish to shape up your body and look attractive with laser liposuction in Dubai, contact Laser Skin Care Clinic. We have a team of laser experts and cosmetic plastic surgeons who have specialized in laser assisted liposuction. For more details or to book an appointment, fill the consultation form below.