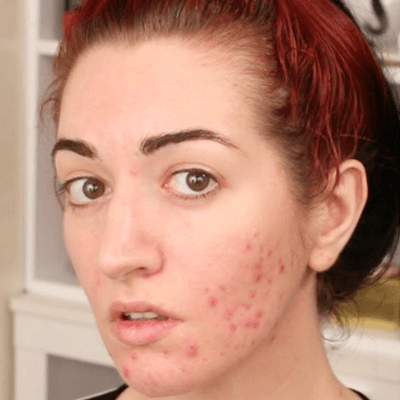 We all remember those early teenage years where our legs grew faster than the rest of the body; we started sprouting bodily hair and acne that established itself on our faces. For some, this acne has stayed with them beyond adolescence to their later years.

Acne is a skin condition that occurs when the oil-secreting glands in the skin are clogged and become inflamed or infected. Although acne remains largely a curse of adolescence, about 20% of all cases occur in adulthood. The condition commonly starts during puberty between the ages of 10 and 13 and tends to be worse in people with oily skin.

Teenage acne can last for five to 10 years, normally going away during the early 20s and occurs in both sexes, although teenage boys tend to have the most severe cases. Women are more likely than men to have mild to moderate forms into their 30s and beyond.

Non-inflammatory acne: This is where the micro comedones can spontaneously become unplugged and heal or they become non-inflamed skin blemishes called “comedones” – either a whitehead or a blackhead.

Inflammatory acne: This type of acne occurs when a blackhead or a whitehead releases its contents to the surface and the follicle wall ruptures. This rupture can be caused by random occurrence or by picking or touching the skin. This is why it is important to leave acne-prone skin relatively untouched.

Although there is no conclusive evidence to show the connection between diet and acne as most of us think, there are researches that show that a high glycemic diet is associated with worsening acne. For instance, consumption of milk has been associated with a greater rate and severity of acne.

Food is only about 25% of the picture when it comes to acne. The other 75% is influenced by stress, sleep levels, and where one lives. Other causes include:

Hormones: Common acne in teenagers starts with an increase in hormone production. During puberty, both boys and girls produce high levels of androgens, the male sex hormones that include testosterone. Testosterone signals the body to make more sebum, the oil produced in the skin’s oil glands.

Bacteria: Excess sebum clogs the openings to hair follicles – especially those on the face, neck, chest, and back, and as a result bacteria grow in these clogged follicles making blackheads or whiteheads to form on the skin’s surface.

Contraceptives: Depending on the type, oral contraceptives may trigger acne in some women but suppress it in others. Some injectable contraceptives and intrauterine birth control devices (IUD) may also cause acne.

Treatment of acne is usually aimed at keeping oil and dirt out of the pores and reducing inflammation and can be done through:

Topical therapy: This is an acne medication that is applied directly to the skin, like gels or creams. Over-the-counter topical products can often help mild acne. They may contain ingredients like benzoyl peroxide, resorcinol, salicylic acid, or sulfur.

Systemic Therapy: Systemic therapy refers to acne medication that is taken by mouth. Antibiotics may treat moderate to severe acne by targeting bacteria and reducing inflammation. Other systemic therapies include oral contraceptives, anti-androgen hormone pills and high-dose prescription of vitamin

Acne can cause feelings of anxiety, embarrassment, and even anger. Many people with acne suffer loss of self- esteem and even depression, particularly during acne flares. In severe cases, acne could result in relationship problems and discrimination at school or in the workplace. That’s why it is important to take proactive steps to see a dermatologist as early as possible.

If your acne shows no signs of improvement or worsens, consider consulting a dermatologist to discuss other treatment options or recommendations for your acne.