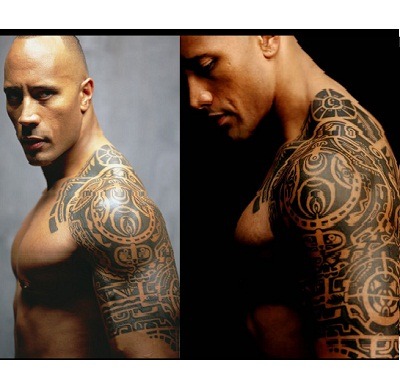 Many people around us love tattoos and get one drawn on their bodies. One of the promising features of a tattoo is its permanence. Once drawn by a professional, the tattoo always stays on the skin. Tattoos are drawn by many people these days. It is not possible to remove a tattoo, no matter how deep it is drawn into the skin.

In this post, we are going to discuss the story of a tattoo of famous wrestler and movie star. Guess who is he? The tattoo of the famous WWE wrestler Dwayne Johnson, best known for his WWE name “The Rock”, was very famous among his fans until he got it removed due to some reason. The question is what happened and why he got it removed via laser tattoo removal? He seriously serves as in inspiration for people wishing to undergo laser tattoo removal in Dubai.

Story of The Rock Tattoo

He and the tattoo artists planned it for hours. In total, it took 60 hours of work or three sessions of 20 hours each to draw that huge tattoo. What made him remove this very famous tattoo? To cut the story short, he did this the tattoo was very big covering a major portion of the body and that is harmful.

If you are interested in laser tattoo removal treatment in Dubai and want to know more about it, please do not hesitate to contact Laser Skin Care Clinic anytime. We are one of the leading cosmetic surgery houses in the UAE with more than 12 years of experience. Fill the sign-up form below and get it touch with our dermatologist via a free online consultation.