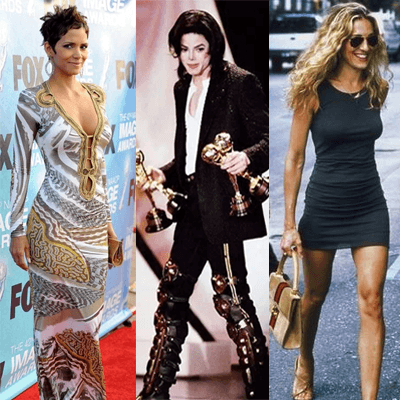 In Dubai, these treatments are available with some of the top names in the skin care industry including Laser Skin Care. Skin whitening Dubai (تبيض الوجه) is in high demand and even many celebrities have gotten the treatment over the years.

In the following lines, we shall discuss some of the celebrities who have gotten skin whitening to help themselves to a lighter skin tone.

The king of pop of pope was the true heartthrob of millions around the globe. Michael is by far the most selling artist of all time. It is no secret that Jackson had tons of plastic surgery over the years. It was also suggested that he may have gotten skin whitening treatments over the years. Although some attributed to the possible vitilgo Universalis he had as per some, some recent discoveries point at the fact that he indeed may have gotten skin whitening treatments.

His sister Latoya Jackson it is suggested also has gotten plenty of plastic surgeries along with skin whitening treatment. She also shared the tremendous singing talents that run in the Jackson family.

The Barbadian singer is one of the most followed singers at the global arena. She made her debut a little over a decade ago and since has never looked back. Over the years, the skin tone of the 27-year-old has become visibly lighter. It is believed that the singer has been getting skin whitening treatments. Whether or not this is true, it is unlikely that Rihanna will comment on that.

The 33-year-old is making waves in the music industry with her big hits at the charts. She is also known for her beautiful looks and millions of fans are in awe of her looks. It has been rumored that Beyoncé may have gotten plastic surgery and skin whitening treatments. While is it hard to confirm, certain changes in the face and figure do signal towards some kind of procedure taking place. The skin whitening rumors may also be true since her skin shade has gotten considerably lighter in recent times.

Halle Berry started out as a model and went on to become one of the top actresses in Hollywood. She is the only female of color to win an Oscar Award. The 48-year-old who suffers from type-II diabetes has said to be one of the stars who have used skin whitening treatments in the past. Although there has been no official confirmation, the difference in skin tone of Berry is quite obvious in her pictures from different times. If the rumors are true, it wouldn’t come as a very big surprise to most.

Vybz, a Jamaican singer, songwriter, and businessman are one of the few people who are willing to accept the fact that they have undergone skin whitening treatments. He sees the lighter skin as his new image and is totally comfortable with it. The 39-year-old feels that it is similar to whites getting a suntan.

“This is my new image,” Kartel said in an interview. “You can expect the unexpected. I feel comfortable with black people lightening their skin. They want a different look. It’s tantamount to white people getting a suntan.”

By the looks of it, Skin Whitening in Dubai is quite liked not just by the masses but also by celebrities as well. The results are certainly fantastic and can help a person in improving the shade of their skin.