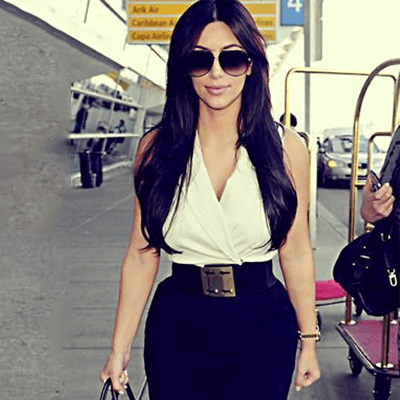 Yes, it’s true; Kim Kardashian – American reality star, model, and actress – has undergone multiple laser hair removal sessions to get a silky smooth hair-free body. Don’t take it as a gossip or rumor making the rounds in the media. Not only the print media has quoted Kim’s confessions about laser hair removal but the California beach babe has also confessed it time and again on electronic media that she has zapped everything from her legs to thighs to the bikini line.

“I am Armenian, so of course I am obsessed with laser hair removal! “Kim revealed in an interview with Allure magazine. “Arms, bikini, legs, underarms — my entire body is hairless,” added the starlet.

While most of the Hollywood celebrities would not dream of having their hair removal stories broadcast on television, the 33-year-old reality star never hesitated to discuss her bikini area stories even. In a short video that went viral on the internet a few months ago, the beauty queen shared with her fans that she has always been ready to for Laser Hair Removal Dubai since an early age. The starlet quoted an infamous bikini wax incident – in which her sister ended up burning her V-area with hot wax – as one of the many reasons behind her being a great ambassador of laser hair removal, a safer and more effective way for getting rid of embarrassing body hair.

If You want a Hairline Like Kim, Go Laser!

Much has been said and speculated about Kim’s rising hairline as well. While some believe the starlet has undergone a full hairline lift – a surgical procedure that generally leaves behind a visible scar – most experts are convinced it is one of the many miraculous outcomes of laser hair removal. Since the California beach babe first hit the headlines in 2006, her face, especially the hairline has changed dramatically. But since there are no signs of scarring on her forehead, it is believed that she has undergone laser surgery to remove a considerable amount of hair on her forehead. And some magazines reportedly said that it is a miracle of laser hair removal.

If you are currently going through a similar problem of unwanted body hair and are fed up of these weekly hair removing rituals like tweezing, plucking and waxing, don’t worry. Visit Laser Skin Care in Dubai and we will help you a find a solution. We have been helping people get a silky, smooth, fuzz-free skin with laser hair removal in Dubai for more than a decade now. We have a team of experienced laser experts that can help you through your problem. Simply fill our free consultation form and get a chance to meet up with one of our internationally recognized dermatologists.